In everyone’s mind, YouTube is the world’s largest video search and sharing platform where people can upload, watch, share and comment on videos. Moreover, you can also watch movies and some shows on YouTube. Compared with Netflix and Disney+, which are as popular as ever, YouTube is not a professional movie and TV broadcasting platform, but it has a lot of movie resources. And there are a few movies of good quality among them.

These great movies have endured until this year when there are still 10 best free movies on YouTube worth seeing. They include a variety of film genres such as war, thriller, drama, and comedy, allowing you to experience different emotions and gain different insights into watching.

The film is a reflection on war. It tells the story of a group of German youth as exemplified by Paul Baumer, under the call of the patriotic headmaster enthusiastically into the battlefield of the First World War. But he arrived at the battlefield only to realize the horrors of war and its destruction to human nature. The film is based on the classic novel of the same name by Erich Maria Remarque.

All Quiet on the Western Front has been brought to the big screen once in 1930. Although the plot and art innovation of the version of 1979 is not as good as its predecessor, it still won several nominations at the TV Amy Awards that year and won the Golden Globe Award for best TV movie. 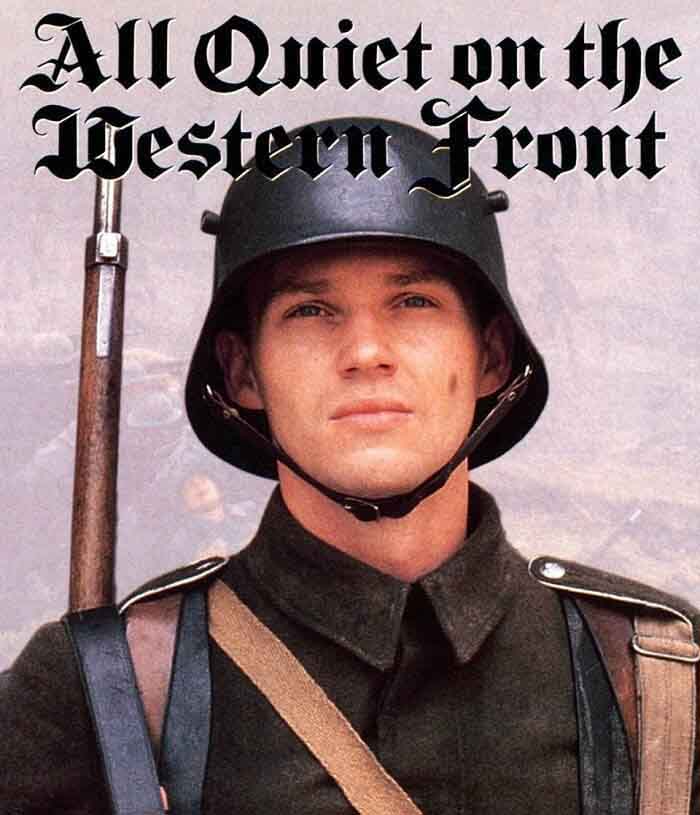 The film is a reflection on war. It tells the story of a group of German youth as exemplified by Paul Baumer, under the call of the patriotic headmaster enthusiastically into the battlefield of the First World War. But he arrived at the battlefield only to realize the horrors of war and its destruction to human nature. The film is based on the classic novel of the same name by Erich Maria Remarque.

All Quiet on the Western Front has been brought to the big screen once in 1930. Although the plot and art innovation of the version of 1979 is not as good as its predecessor, it still won several nominations at the TV Amy Awards that year and won the Golden Globe Award for best TV movie.

This made-for-TV adaptation of Arthur Miller’s revered stage drama focuses on Willy Loman, an aging traveling salesman in the midst of a major crisis. Burdened by financial woes and distanced from his wife, Linda, and two grown sons, Biff and Happy, the increasingly unstable Willy dwells on various memories of his family and his career as he looks back to find out what went wrong with his life. 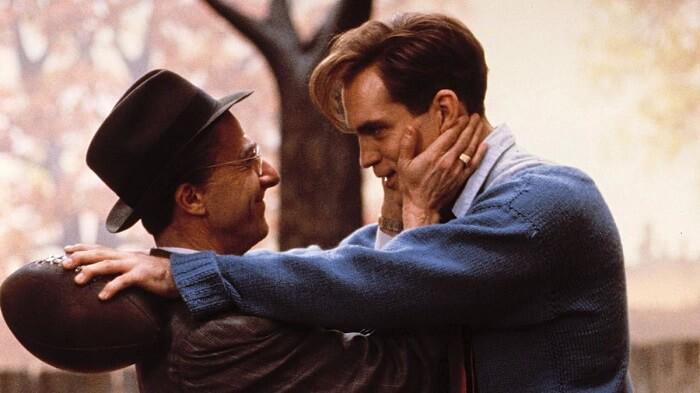 Cameron grows up in the home of her ultra-conservative aunt. During her high school prom, Cameron comes out of the closet after being caught making out with a female classmate in the back seat of a car. Her aunt then sends her away to a treatment facility that believes in religious healing. And the facility claim it can “cure” homosexuality. The treatment facility was run solely by Dr. Lydia Marsh and her brother, and Cameron was treated harshly to correct her incorrect sexual orientation. Even under these tough circumstances, Cameron, Jane Fonda, and Adam form a small LGBT community where they support each other as they continue to learn about themselves, gain self-identity, and fight against society’s prejudice against them. 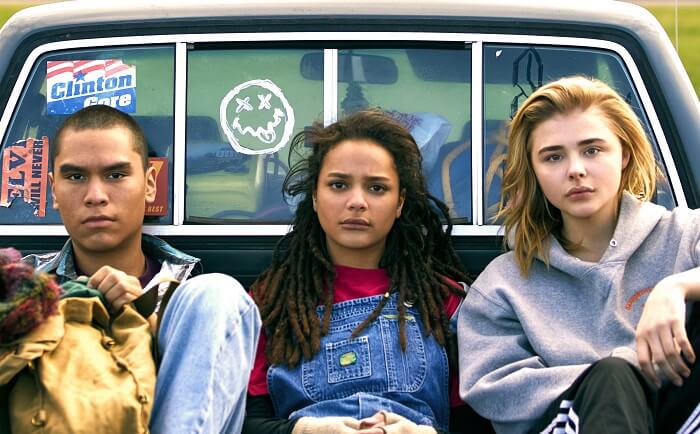 The Illusionist is a film that combines fantasy, romance, and suspense themes. It focuses on Eisenheim’s magic and his love for Miss Sophie. But their love is forced to end due to their disparate status. During one of Eisenheim’s performances back in Vienna, he is reunited with Sophie. But now, Sophie is about to be named royal fiancee. In spite of this, the two rekindle their love and cannot extricate themselves from it. When Sophie intends to give up everything and run away with Eisenheim, tragedy strikes that she dies. And all the evidence points to Sophie’s fiance. The truth seems to have come out, but there is something else going on. 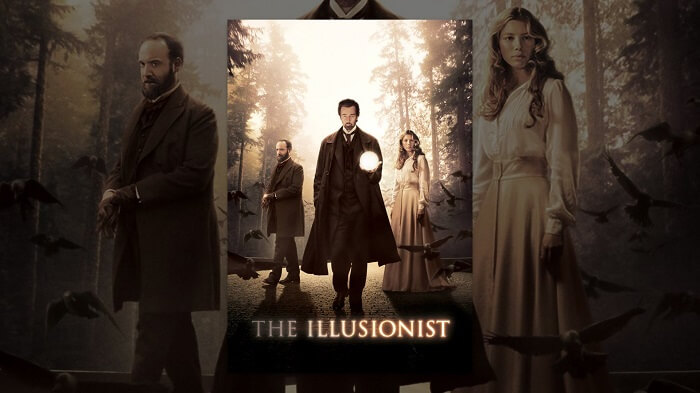 The film chronicles Dan Harmon’s Harmontown tour after he was fired from the cast of Community in 2012 and is interspersed with stories about Harmon’s career. This is not a documentary that shows how perfect he is, but rather a look at his paranoid personality and the emotional and life-changing ups and downs that come with drugs and alcohol. Harmon offended a lot of people. He would get drunk on stage and even vilify his girlfriend with verbal and emotional violence. But he also healed a lot of lonely and eccentric people. 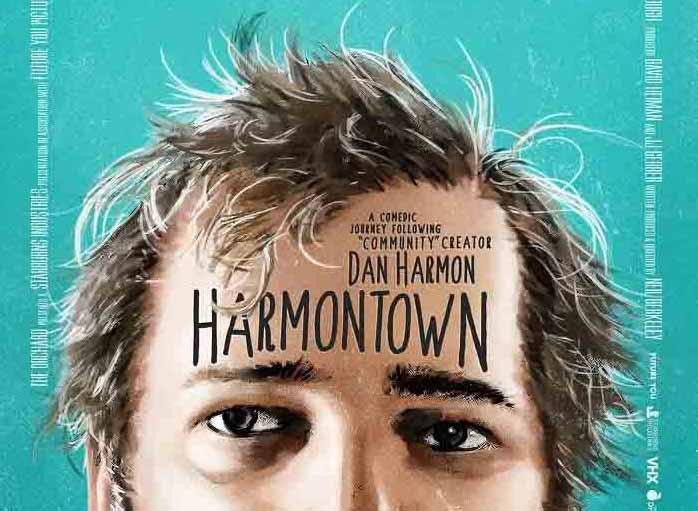 Kept locked inside the house by her father, 7-year-old Chloe lives in fear and fascination of the outside world. It’s a place where Abnormals are a constant threat -- or so she believes. But when a mysterious stranger offers her a glimpse of what’s happening, Chloe soon learns that the truth isn’t so simple -- but the danger is very real. 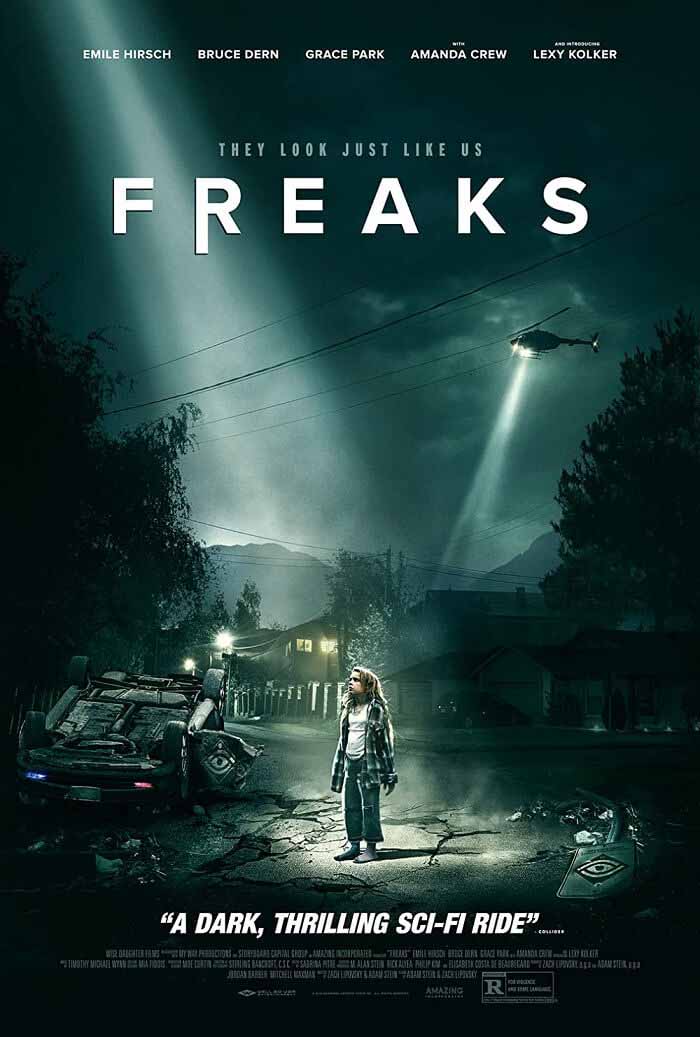 The story takes place in bustling New York City, where the young girl Maisie does not have an easy life. Maisie’s mother, Susanna, is an over-the-hill rock star, and she is depressed in her old age; Maisie’s father, Beale, is a neurotic art dealer. Their marriage has long been in name only, and the fight for custody of Maisie has become a top priority for both Susanne and Beale. To do so, they find Lincoln and Margo as new partners, thus increasing the leverage in their respective hands. Everyone in 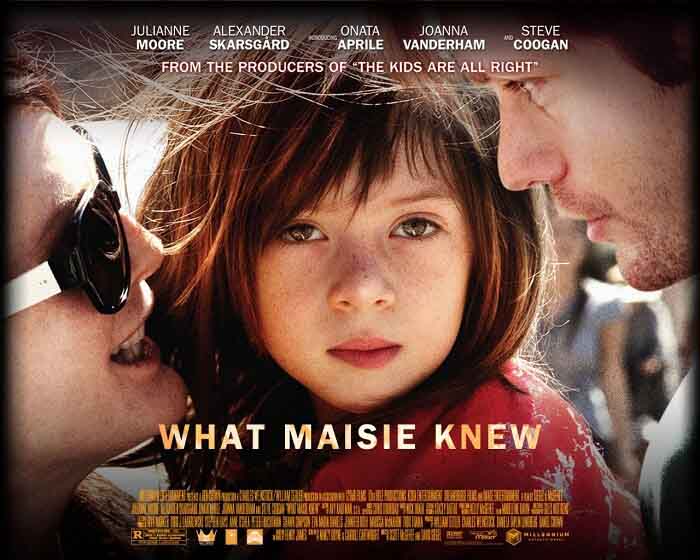 The film is the most exciting zombie movie in Korea in the past few years. On his daughter, Soo-an’s birthday, the main character, Seok Woo, takes time out to accompany his daughter on the express train to Busan. Meanwhile, the government is trying to cover up the fact that zombies are rampant. Even the ignorant passengers of the train are plunged into hell. The moment the train starts, an infected person rushes into the carriage, and she soon turns into a zombie and starts a bloody massacre of healthy people. Before long, the number of zombies explodes exponentially. Seok Woo is forced to fight for survival in the cramped space with the surviving passengers. 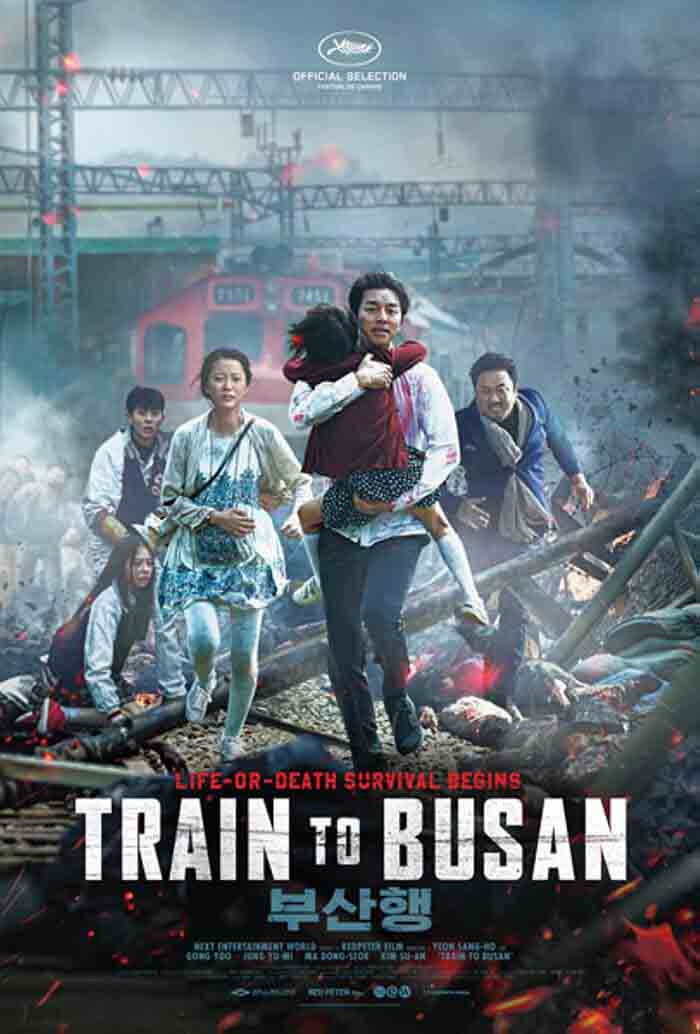 Two brothers receive a cryptic video message inspiring them to revisit the UFO death cult they escaped a decade earlier. Hoping to find the closure that they couldn’t find as young men, they’re forced to reconsider the cult’s beliefs when confronted with unexplainable phenomena surrounding the camp. As the members prepare for the coming of a mysterious event, the brothers race to unravel the seemingly impossible truth before their lives become permanently entangled with the cult. 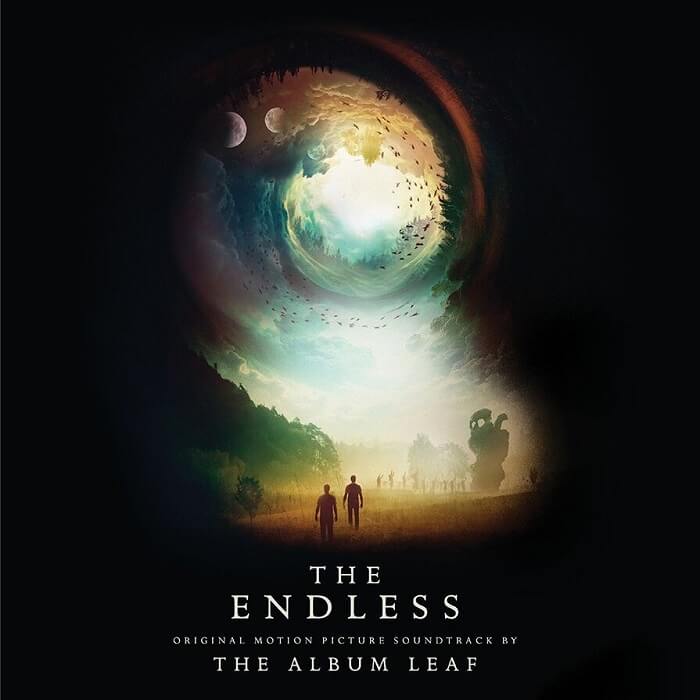 The story takes place in the last century in China during the war and chaos, and Ip Man is an enthusiast who is simply fascinated by kung fu and pursues martial arts freedom. However, out of his love for the nation and his continuous enlightenment of the spirit of martial arts, Ip Man steps out of the confines of a martial arts fanatic and shoulders the individual responsibility of revitalizing China in an unforgettable competition with enemies.

The film is the first in a series of four films centered around the life of Ip Man. Compared to the other three, this film as the beginning of the story is the highest level of the overall movie, worth watching. 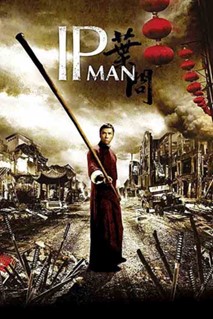 VideoHunter is a desktop application that is compatible with both Windows and macOS. As long as you can access the correct URLs of the best free movies on Youtube, it can automatically parse the links and download videos to MP4 format. And VideoHunter can output videos of up to 8K quality depending on the original movies. If you are a viewer who is comfortable watching subtitled movies, VideoHunter is perfect for you. VideoHunter supports original video subtitles download.

In addition to supporting downloading movies from YouTube, downloading homemade videos is a piece of cake for VideoHunter. Not only that, VideoHunter, an all-in-one video downloader, also supports downloading videos from 1000+ other video platforms besides YouTube. And, if you want to convert music videos to MP3 format, you can also try VideoHunter as well, which can output videos in audio formats.

Step 1. Download VideoHunter by clicking the button below and launch it on your computer. 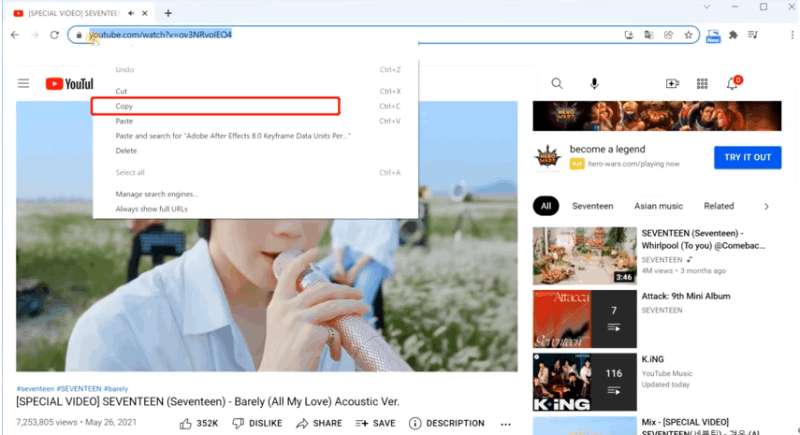 Step 3. Paste links into the search bar and click the “Analyze” option. VideoHunter will begin to parse video sources. 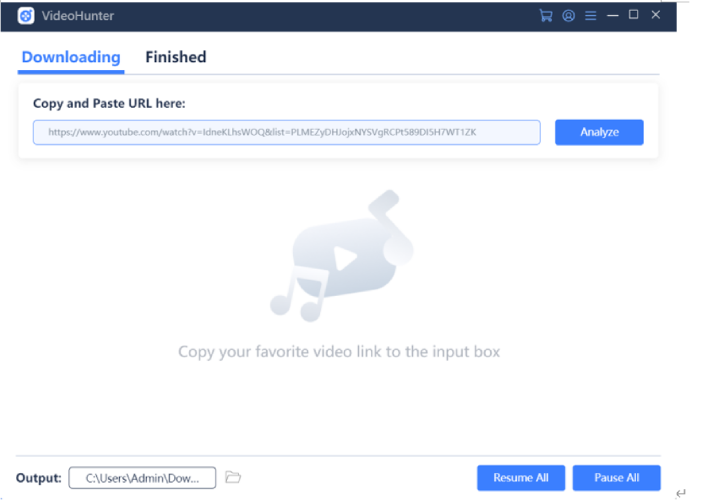 Step 4. When the analysis is done, you can choose the output quality and select subtitles in SRT or TTML files. Finally, you can click the “Download” button to start downloading. 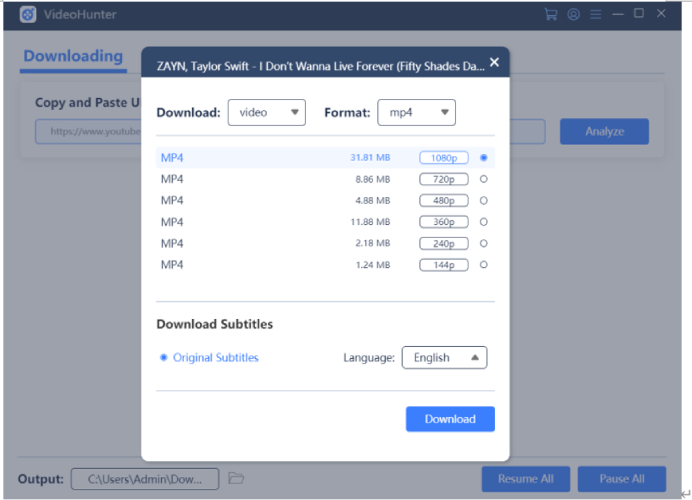 Step 5. After the download is finished, you can click the “Finished” option to check videos offline. “Open Folder” can lead you to the location. 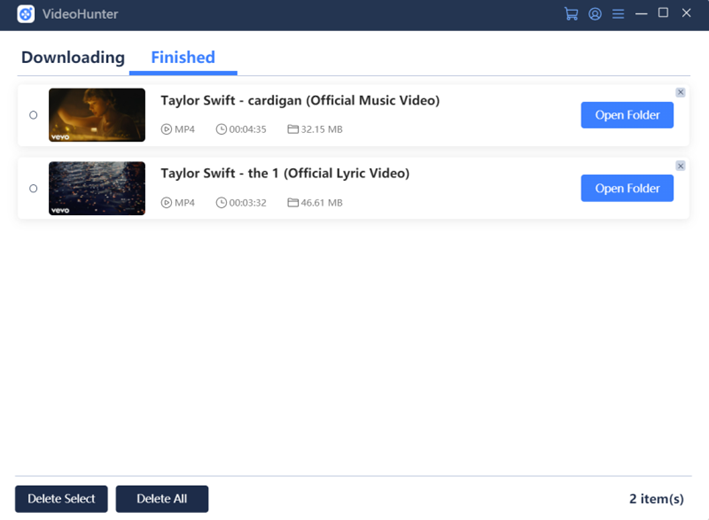 Watching movies and reading are two ways people can quickly experience different lives. In order to better experience the true feelings of movies over and over again, you’d better save movies to a physical hard drive or a CD. In this case, you will need the help of VideoHunter. With it, you can have any movie on the Internet in your pocket.